National Monument Kamp Amersfoort, located in the middle of the Netherlands, preserves the memory of the suffering that 47,000 prisoners had to endure during WWII. The prisoners in this concentration camp were subjected to an inhumane regime of starvation, abuse, forced labor and executions.

Originally Kamp Amersfoort was a barracks site of the Dutch army. From August 1941, various groups were incarcerated by the Nazis: thousands of resistance fighters, evaders of the Arbeitseinsatz, communists and hostages; approx. 2,500 Jews; approx. 220 American citizens; approx. 120 Jehovah’s Witnesses, and a group of 100 Soviet POWs. An estimated 70 % was transferred to other camps for forced labor, many of which never returned.

A museum presentation of 1100 square meters was realized in 2021. Here the story is told on the basis of objects, photos, documents and temporary exhibitions, in conjunction with the monuments and visible traces in the large outside area. Remembrance services are organized yearly on April 19, May 4 and October 11.

It is possible to book a guided tour in English and German. Please send an email to info@kampamersfoort.nl or contact 033-4613129.

Tickets can be booked here.

National Monument Kamp Amersfoort can be reached by taking the A28 (exit Maarn) and the N227. In front of the museum there is a big parking lot.

Public transport is bus 19 from Amersfoort Central Station to Rusthof during the week and bus 56 in the weekends (busstop Potgieterlaan). Bicycles can be rented at the Central Station. 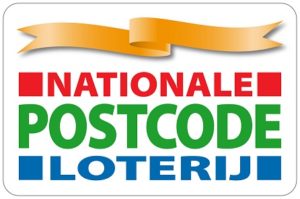